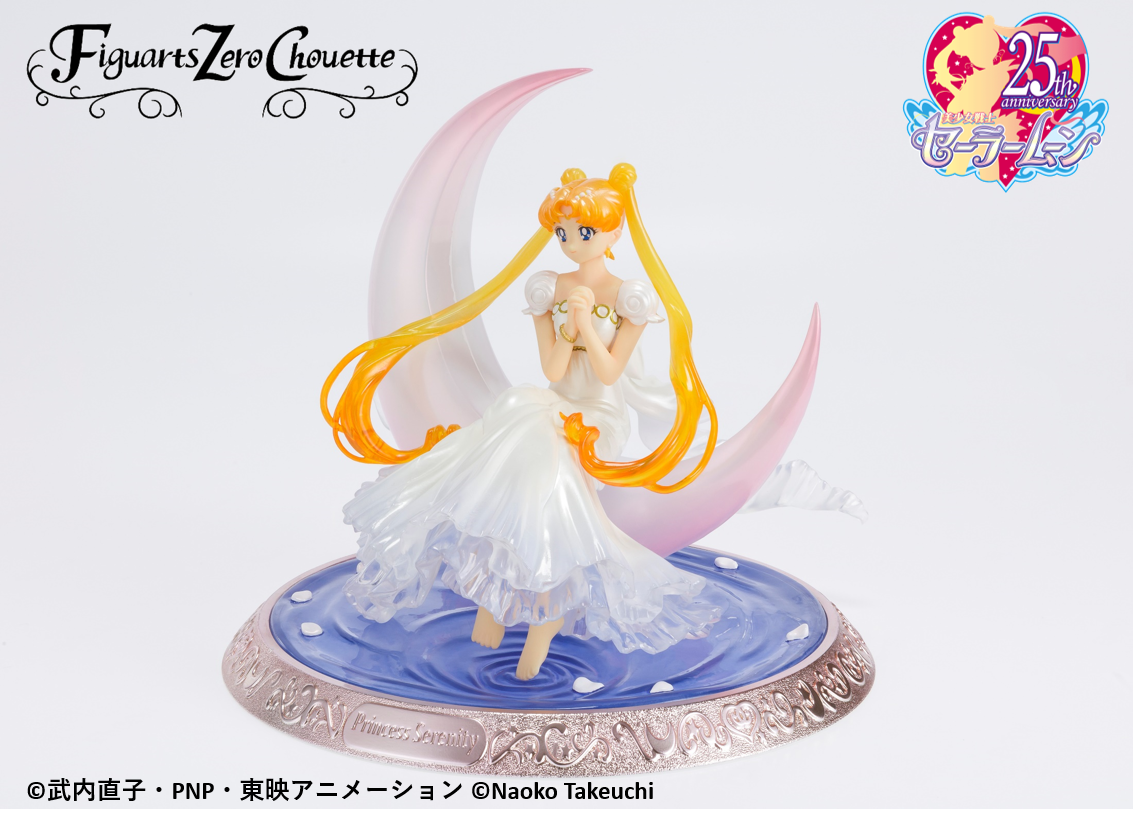 Tamashii Nations recently announced a 're-colored' version of their previously released Princess Serenity Figuarts Zero Chouette figure. From what I can tell, the new version has a pink colored moon instead of the original yellow color. Otherwise, the rest of the figure appears to be the same as the previous version. This updated Princess Serenity figure is limited to Tokyo Tamashii Nations store only. It was briefly on Premium Bandai for preorder (for about two days). Each customer can buy up to 3 units of the figure.

The price of the figure is 6,600 yen (tax included). As it's sold only within Tokyo, you'll need to use a proxy service in order to purchase the figure.