The Sailor Moon Twinkle Statues are produced by Bandai, and sold in vending machines in Japan. This is the first set (although I'm not sure how many will be produced). It costs 500 yen per play. Of course, you can buy them from online retailers or auction sites such as eBay or Yahoo! Japan Auctions. If you want the complete set, or specific one, the price will vary depending on the seller.

I really like these figures. I think Bandai did a great job with the design, and they are super adorable. In addition, each figure comes with a custom stand. The mechanism is similar to the Petit Chara series.

Here's a closer look at Sailor Mercury and Sailor Mars. 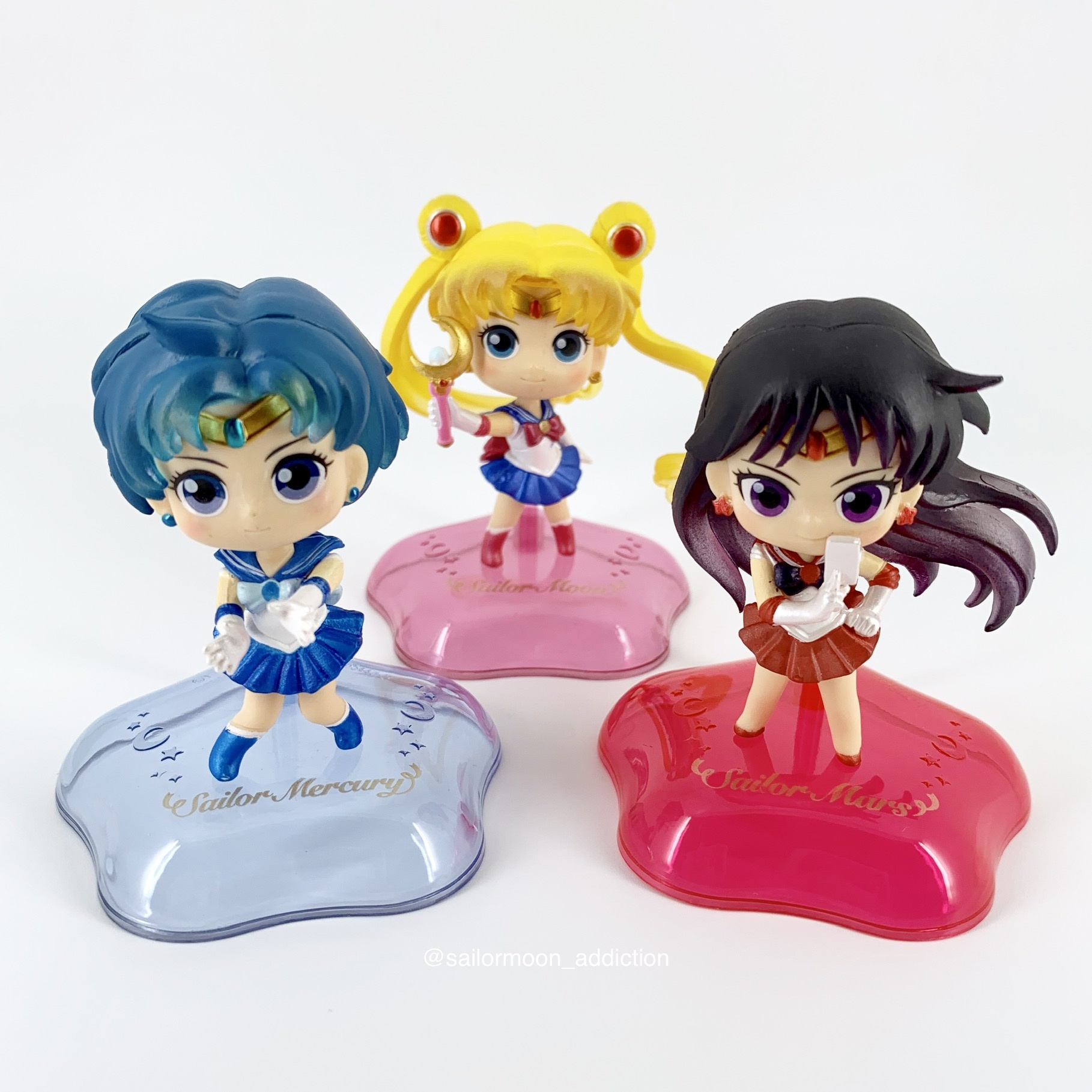 On the flip side, there are also some flaws. If you look closely at Sailor Moon's face, she has a line of spots on her face. Sailor Mercury and Sailor Mars also have some paint issues, but they are less noticeable. One of the most noted problem is Sailor Moon's right bun. It fits very loosely, so it needs to be glued in order to stay. Even then, it does not fit in perfectly. I'm not sure if this problem is on every single Sailor Moon figure, but I've seen quite a few people mention this.

My verdict: While I am a little bothered by the flaws, I think these Twinkle Statues are still pretty cute. For the price, I can overlook minor paint issues, because those even exist on more expensive figures. As for Sailor Moon's bun, I used super glue and it seems to work fine. The black spots on her face are the most noticeable, but I don't think they are on all of the figures. If you are okay with less than perfect figures, I think these are not a bad choice considering the cheaper price tag. Perhaps you'll be lucky and not have the same problems. Last but not least, Sailor Moon Twinkle Statues Set 2 will be releasing soon, and it will include Sailor Jupiter, Sailor Venus, and Princess Serenity.